The Progressive Liberal Party (PLP) has no guidelines, rules and regulations governing elections within the party, according to a communication sent to PLP Chairman Bradley Roberts by leadership candidate Alfred Sears, who is proposing a set of guidelines that would ensure a fair and transparent leadership election later this month.

Sears, the PLP’s candidate for Fort Charlotte, is the only person who has so far declared an intention to challenge Prime Minister Perry Christie for the party’s leadership.

In his letter to Roberts, dated January 6, Sears said Valentine Grimes, the party’s trustee responsible for elections, confirmed that there are no rules governing elections.

As a result, Sears is asking for the appointment of an agreed independent observer to observe the party’s elections.

He is also proposing that no further appointment of stalwarts be made until after the elections in order to ensure a stable list of eligible voters.

He is asking that an official list of qualified delegates be provided to all declared candidates for leadership by January 13, inclusive of their contacts.

Sears also wants the party to disclose the arrangements made for the transport and accommodations for eligible voters from the Family Islands to ensure equal participation of all voters in the convention.

As a part of the process, he says that all candidates should agree to refrain from making any offensive, abusive or insulting statements against each other, and should refrain from imputations of improper motives or to the character or conduct of any person except in his official or public capacity.

Sears also wants the party to ensure that each of the leadership candidates has equal access to the national televised media during the convention, and equal access of each candidate for leader to display, post and distribute paraphernalia in and around the convention site.

Sears wrote: “I respectfully request that you (Roberts) indicate your written acceptance of the aforesaid election guidelines to ensure that we safeguard the reputation and goodwill of the Progressive Liberal Party, as we engage in the robust democratic process to elect the leadership of the party, as required by our constitution.

“The integrity, maturity and dignity of our democratic process should inspire the Bahamian electorate to re­elect the Progressive Liberal Party to govern the Commonwealth of The Bahamas for the next five years.”

When contacted yesterday, Grimes told The Nassau Guardian there is nothing in the party’s constitution or regulations that governs elections, but he assured there will be rules and guidelines in place prior to the convention to ensure the election of party officers is fair.

“We will have in place fair rules that all parties will be fully aware of prior to the convention, and these rules will govern the elections of all officers of the party,” he said.

“There will not be any peculiar rules for the leadership other than the existing provision, which is that the leader has to get 50 plus one percent to be elected, but other than that the rules will govern the election of officers similarly.”

Grimes added, “We have done this over the last several decades. We will have properly organized elections. We will have a predetermined list of delegates.

The last leadership election was in 2009, which was also the last time the PLP held a convention.

Grimes said the number of delegates will not be lower than last time.

“More than likely it will be higher,” he said. 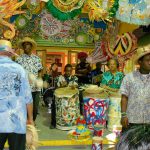 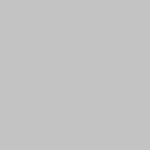 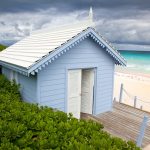 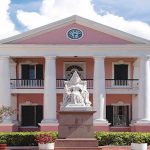 Our constitutional system of representative democracy, after 40 years of practice, needs reform to check… 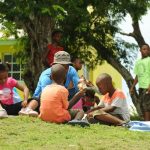